Can Comedies Completely Eliminate your Pain?

According to researchers in numerous universities throughout the United Kingdom, watching your favorite comedy show or movie can have a transformative impacts on your body’s – and your mind’s – ability to manage pain, to the point where you forget you’re even injured altogether!

This research (just recently released at the end of 2015 after a five-year study) is in line with similar research conducted by medical professionals in the United States and Australia, and a lot of it has to do with the medical fact of the “placebo effect” and how potent our minds ability is to control our emotions and our ability to recognize pain. 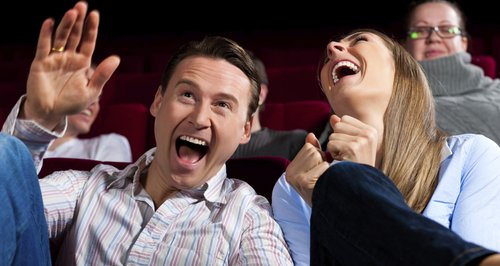 As mentioned above, this research study was conducted over a five-year block of time with close to 700 different individuals being tested.

Each and every one of the test subjects were encouraged to bring a copy of their favorite comedy show or movie, and then they were subjected to a handful of mild forms of pain. When they registered a specific threshold of pain – similar to the pain of a migraine headache – they were then be encouraged to watch 15 minutes of their favorite comedy and then were both surveyed and put through an MRI to better understand how the body and the mind react to the stimulus.

Laughter really is the best medicine

The results were fantastically conclusive, especially for those that physically laughed while watching their favorite comedy.

Those that chuckled every now and again saw mild reductions in pain, but those that laughed out loud – and those that laughed heartily – saw a significant drop in their ability to register pain, so much so that many of them claimed they weren’t feeling any pain whatsoever any longer.

Researchers believe that there are multiple factors at play here.

For starters, breathing in and breathing out rapidly while laughing causes a flood of endorphins to be released. These endorphins are scientifically proven to alleviate pain, and this research study shows that they work just as well as anticipated.

On top of that, researchers found that the rapid breathing while laughing also “confuses” the body though when it comes time to recognizing pain signals in the first place. This may help to explain why so many people were able to report feeling no pain at all even though they were still being subjected to the pain inducing stimulant while laughing.

Don’t Wait to Get Rid of Aches and Pains

Dealing with a Real Pain in the Neck?